Bidenomics needs a four-legged stool to stand on. The first leg – Jerome Powell and an accommodative Fed.

The Biden Administration’s ability to transform the US economy and political system rests on four components: The appointment of a friendly Federal Reserve chairperson, increasing government spending, increasing the debt limit, and the passage of Build Back Better legislation.

The first leg of the stool has already been completed. President Biden has succeeded in locking in a friendly Federal Reserve chairperson by reappointing Jerome Powell as chair of the Fed and Lael Brainard as vice-chair. The appointments are meant to signal continuity in US economic policy despite pushback from some Democrats who wanted someone tougher on bank regulations and climate change at the helm of the Federal Reserve.

Is continuity a good thing?

Under Powell, the Fed initiated new operating procedures. It let the inflation rate “temporarily” diverge from the 2% target rate. The Fed never specified how long or what type of deviation it would be willing to tolerate. So far, the US experience with the new procedures has not been all that great. The US inflation rate has reached the highest level in three decades.

The Chair has argued that the surge in inflation is transitory. His rationale is that some of the surges in the prices are due to the supply chain issues associated with the pandemic. If that is the case, the markets will solve the short-run supply chain problems and the inflation rate will subside. The evidence suggests that the process is working as expected. The Dry Bulk Shipping ETF (BDRY), our proxy for the supply chain difficulties, has declined quite a bit in recent weeks as illustrated in Figure 1 below, pointing to a decline in the supply chain pressure.

Subtracting the “temporary” supply chain contribution to the inflation rate leaves the PCE at less than 2%. Based on this index, Jerome Powell has a compelling case. In contrast, netting the 2% from the current CPI measure leaves us at 4%, well above the Fed’s 2% target inflation rate. Since people do buy food and energy, we take the CPI inflation rate as the relevant measure for consumers.

The 4% CPI inflation rate net of the temporary effects is a number well above the Fed’s 2% inflation target. Hence, even after netting out the supply chain issues, the inflation surge is still a problem. The question then becomes, how persistent is the 4% inflation rate as measured by the CPI, and how do the current economic policies proposed impact this number.

What can we expect?

The new operating procedures as well as the Fed chair’s implementation of vigorous stimulus early during the pandemic has us concerned. Collectively these actions raise the possibility that the Fed is gradually abandoning the 2% price rule which has served it well during the last four decades.

The Fed’s recent advocacy for an expansive fiscal measure and its willingness to finance the US Treasury suggests to us that the institution is in danger of becoming an appendage of the Treasury. Under this scenario, the Powell Fed will accommodate the Biden administration. With these actions, the Fed may think it is getting a political free lunch because any fiscal policy failure or disappointment will not be blamed on an accommodative Fed. However, a failure to maintain the 2% inflation target will fall squarely on the Fed.

A desire to accommodate the Biden Administration’s fiscal policy could easily become the Fed’s inflation Achilles heel. Attempts to accommodate the Treasury, and aid in the budget deficit financing, will force the Fed to buy a large chunk of the newly minted treasury debt. In technical terms, it will conduct an Open Market Operation, in other words, it will print money to buy the newly minted debt. The open market operations will increase the greenbacks circulating the US economy, resulting in a corresponding increase in the monetary base. All else the same, the increase in the monetary base leads to an increase in the quantity of money. And if inflation is too much money chasing too few goods, the increase in the quantity of money results in a higher inflation rate. Remember, we are already starting at 4% CPI inflation in a ‘net of supply chain issues’ world. This is 2% in excess of the Fed’s stated target inflation. In the current policy environment, all else equal, we see upward pressure on the inflation rate and the Fed, through its regulatory policies, shifting the burden of controlling inflation to a different part of the monetary system – the banking system.

Can the Fed finance the deficit without affecting an increase in the quantity of money?

It is possible if the Fed adopts what we have termed ‘financial suppression’ policies. These policies would be carried out in the banking system – the network of institutions responsible for providing loans and taking deposits from the public. The Fed has the regulatory tools to prevent the banking system from “multiplying” its reserves, meaning that if the Fed buys $1Bn in newly minted treasury debt, but chooses to force banks to increase their reserve requirements by $1Bn, the net effect of new money in the banking system is zero.

Keeping in mind that bank officials’ careers do not advance if they make a mistake and catch the attention of regulators – bankers tend to be a compliant and risk-averse group. Obviously in this environment, the safe bet is that borrowers with pristine balance sheets will get to the front of the line of all banking services offered. If the bankers are under the gun of the regulators, they will be conservative with their borrower selection as well as the loan amounts. All of this yields several insights: banks need incentives and persuasion in order to hold excess reserves, the carrot being higher interest rates on the reserves they hold, and the stick being the increased regulatory oversight.

Notice in Figure 3 below that the surge in bank reserves is a phenomenon that dates back to the Financial Crisis. What we are seeing now is a continuation of the policies enacted by Ben Bernanke – on steroids. In the figure below, there is a noticeable spike in bank reserves as a percent of the monetary base at the onset of the financial crisis when Ben Bernanke was chairman. The high excess continues to this day, suggesting that these suppression policies remain in effect.

Under a fractional reserve banking system where a bank is only required to hold a fraction of their deposit liabilities in liquid assets, the deposit and loan creation are linked. With every dollar that is deposited, the bank would typically turn around and lend a fraction of it out to a borrower, earning a higher rate of return on that dollar, and thus increasing the rate that it pays its depositors. If financial suppression reduces the bank’s loan portfolio, the opportunity cost of that deposited dollar drops and the banks have little incentive to pay high-interest rates on demand deposits. This explains the increased payment of interest on reserves and the decline of interest payments on demand deposits. Given that the banks only lend to borrowers with pristine balance sheets and less than 100% of what those borrowers would want, there will be a large cohort of qualified borrowers that are not able to receive financing from traditional banks. The shortage of loans creates an opportunity for the shadow bankers to step in and provide funding.

The Fed faces an interesting dilemma – how to finance the Federal government budget deficit while simultaneously reducing the inflation rate.

The deficit financing forces the Fed to conduct open market operations that result in an expansion of the monetary base. If as we believe money is a veil and inflation is a monetary phenomenon, then the only way the Fed may be able to reduce the inflation rate is by slowing money growth.

The only way the Fed can simultaneously meet both policy objectives is to increase the financial suppression. That way it may be able to finance the deficit while simultaneously persuading the banking and credit system not to expand the quantity of money. If the past is any guide, see Figure 1, the suppression policy leads the Fed to undershoot its inflation target and to distort the bank credit system.

The financial suppression policies reduce both the money and credit creation of the banking system, the process distorts the credit prices(i.e., the spreads among the different instruments). It also creates a credit void, which will be filled by the shadow bankers. In this environment, we look for the shadow bankers to outperform.

If the Fed is successful in reducing the inflation rate and the economy returns to normalcy, the monetary authorities will face a different problem – how to unwind the financial suppression. As the Fed embarks on the dismantling of the suppression, any liberalization of the banking and credit system results in an increase in the money and credit multiplier. All else the same, the liberalization leads to an excess money supply and thus higher inflation. Hence, the only way the liberalization of the financial suppression can be accomplished without stoking the economy’s inflationary flame is to reduce the growth in the monetary base through, the Fed’s purchase of Treasuries or the financing of the US budget deficit must decline in such a way that it offsets the impact of a higher money multiplier on the quantity of money.

Does Jerome Powell have the skills and knowledge to guide the US return to normalcy? If the economy begins to slow down as we believe it will, the Fed will have a tough time meeting the 2% target inflation rate.

A risk-averse Fed will be slow to return to normalcy. 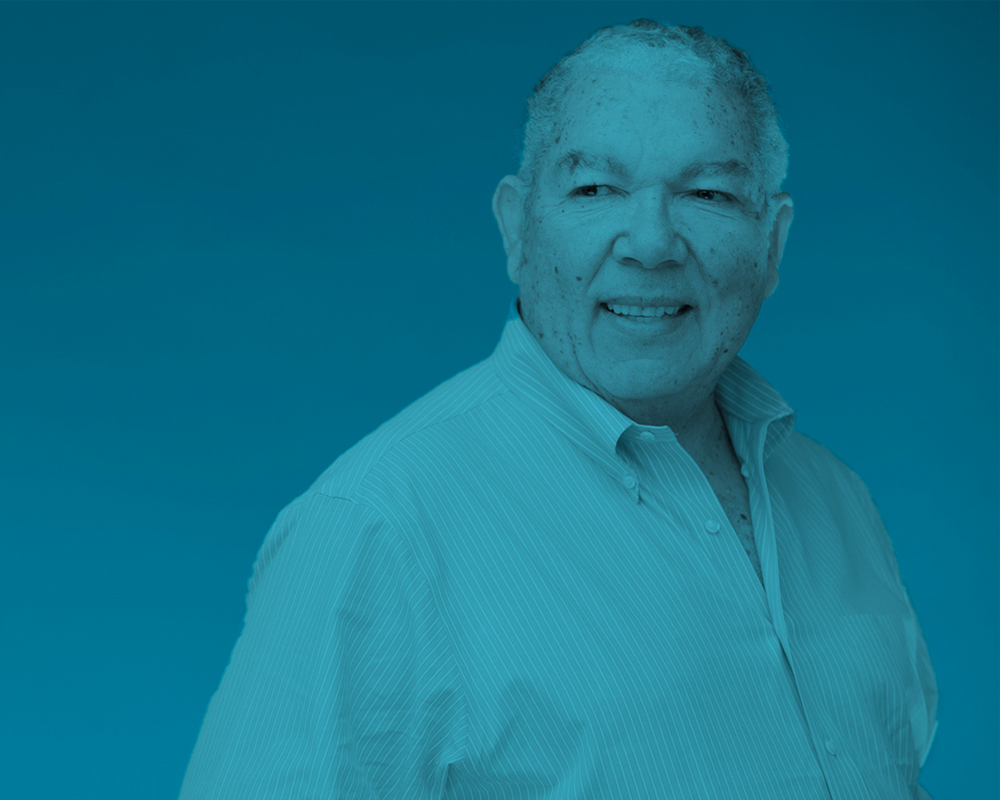